Children of Immigrants Suffer, Too – Part 3 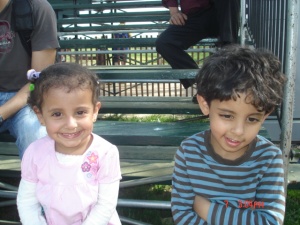 What are the psychological effects on tens of thousands of children of whom 50% were under the age of 5 when their lawful permanent resident parent was deported?

Is It in The Best Interests Of U.S. Children to Have Their Parents Deported For Minor Crimes?

In this series of six brief articles, I am discussing our countries most valuable asset – our US citizen children and the effects of immigration enforcement on their lives.  Earlier blog articles discussed the statistics and other consequences to the US taxpayer in loss of revenue and costs of enforcement.

This article discusses the psychological effect on tens of thousands of children of whom 50% were under the age of 5 when their lawful permanent resident parent was deported. Currently, 10% of deported persons from the US are lawful permanent residents. These deported green card holders have usually lived in the US for over 10 years and more than half of them have at least one US citizen child living at home.

Ten years ago 5 year old cause celebre Elian Gonzalez fled Cuba to ask for asylum in the US only to be returned to Cuba to his father, a very forceful communist supporter of Castro.  Today the 16 year old is a featured active youth communist in military uniform in Cuba at a Congress.  What a missed opportunity by the US to make a difference and strike a blow for freedom!

Recently, the Supreme Court in March 2010 case Padilla v. Kentucky addressed the issue of guilty pleas in court made without understanding the consequences of such a plea.  Clearly our Supreme Court Justices understand how a minor criminal incident of no harm or violence to person or property could make a difference of being deported after the sentence and no jail time.

According to news reports from University of California  law schools at Davis and Berkeley, 88,000 U.S. children lost a lawful permanent resident parent ( green card holder) due to relatively minor crimes such as simple assault, non-violent drug offenses and driving under the influence.  Since 1996 under President Clinton with the draconian new immigration laws of AEDPA and IIRAIRA a huge increase in deportation of lawful permanent residents occurred.  The effect of the new immigration laws by Congress was to broaden the category of crimes considered “aggravated felonies”.   Previously only more serious crimes were included in this category but now even charges that are not felonies under criminal law can be aggravated felonies for immigration purposes, including offenses that a sentence of one year or more could have been imposed.  When charged as an aggravated felony by immigration for the offense,  the green card holder is subject to mandatory detention and cannot return for 20 years.  Most significantly, the removal of the 212 c relief  that previously allowed persons not convicted of aggravated felonies, who also satisfied  lengthy resident requirements and legal status, to apply for relief in an immigration court if they could prove rehabilitation and very strong equities in their favor.  This was known as the “second chance doctrine”.

The study found reported negative health impacts, increased depression, anxiety and sleeplessness.  Results also showed a plummeting of grades, increased behavioral problems and a strong urge to drop out of school to help family.  Aside from this the bread winner is often parent and this results in huge economic hardship and loss of insurance, home and other devastating consequences.

These effects argue very strongly in favor of JUDICIAL DISCRETION so that Immigration Judges CAN weigh the best interests of the child.

SIGN UP and WATCH for our next issue on EDUCATIONAL and HEALTH CONCERNS.