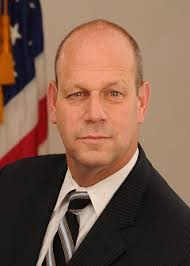 The US Senate, on Tuesday, June 24, confirmed Leon Rodriguez as the next Director of United States Citizenship and Immigration Services (USCIS). The director is responsible for administering and processing asylum and refugee applications, immigration benefits, and naturalization and visa petitions.

Mr. Rodriguez previously served as the Director of the Office for Civil Rights at the Department of Health and Human Services from 2011 to the present. Much of his work there involved bringing cases against medical and insurance organizations for violations of HIPAA, the Health Insurance Portability and Accountability Act for breaches of patient information.

In 2011, President Obama nominated Rodriguez to lead the Department of Labor’s Wage and Hour Division. However, his nomination was withdrawn because of Republican opposition to his work in the Civil Rights Division. From 2010 to 2011, Mr. Rodriguez served as Chief of Staff and Deputy Assistant Attorney General for Civil Rights at the Department of Justice (DOJ), overseeing the division’s administrative operations and cases involving discrimination based on national origin and immigration status. Mr. Rodriguez also served as County Attorney for Montgomery County, Maryland from 2007 to 2010. During that time, he also worked for President Obama’s Justice Department transition team in 2008 and 2009.

From 2001 to 2007 Mr. Rodriguez was a partner at Ober, Kaler, Grimes, and Shriver in Washington, D.C., again focusing on health care law. He served in the United States Attorney’s Office for the Western District of Pennsylvania (Pittsburgh) from 1997 to 2001, first as Chief of the White Collar Crimes Section from 1998 to 1999 and then as First Assistant U.S. Attorney until his departure. During his tenure at the U.S. Attorney’s office in Pittsburgh, Mr. Rodriguez focused primarily on health care fraud. Prior to joining the U.S. Attorney’s Office, Mr. Rodriguez was a trial attorney in the Civil Rights Division at DOJ from 1994 to 1997 and a Senior Assistant District Attorney at the Kings County District Attorney’s Office in New York from 1988 to 1994, where he prosecuted cases including some against members of the Colombo and Genovese crime families.

Rodriguez is married to a physician, Dr. Jill Schwartz. They have two children, Talia and Elias. Rodriguez speaks several foreign languages, including Spanish, French, Hebrew and Italian. The son of small business-owning Cuban immigrants who sought refuge from the Castro regime in the U.S., Rodriguez was born in Brooklyn, NY in 1962, where he lived until moving to Miami at the age of 4 with his parents. Rodriguez received a B.A. from Brown University and a J.D. from Boston College Law School. His grandparents moved from Poland and Turkey to Cuba in the late teens and early 20’s to escape anti-Semitism, giving Mr. Rodriguez a multi-generational personal experience with immigration that will serve him well as the new Director of USCIS.

Mr. Rodriguez has offered tantalizing insights into how, if approved by the Senate, he might tackle the daunting job of USCIS Director, especially in reply to Sen. Grassley’s queries. In written responses to Senator’s queries, he reaffirms his belief in the proper use of prosecutorial discretion and the need to protect internal agency whistleblowers from retaliation, agreeing to meet with union representatives of USICS employees and expressing support for recent USCIS reforms of the EB-5 program. He also stated that in limited situations it is incumbent upon the USICS Director to intervene in a pending case when the “outcome of adjudication is wrong, or when adjudication may present a legal, factual, or policy issue of broad application. Regarding the appointment, Jeh Johnson, Secretary of the Department of Homeland Security (DHS), said: “We are filling vacancies in senior-level positions in this department and injecting a new energy within its leadership.”